Recognizing a person is a complex matter.

There are several different types of memory code for identity information. These include:

The interesting thing about these different memory codes is that it appears that they can only be accessed in a particular order. This is part of the reason names are so much harder to recall - they're at the end of the chain.

Improving your memory for people requires you to improve the connections between these memory codes.

Difficulty in remembering people’s names is one of the most common memory tasks that people wish to be better at. And the reason for this is not that their memory is poor, but because it is so embarrassing when their memory lets them down.

This isn’t just an issue at a personal level. It’s a particular issue for anyone who has to deal with a lot of people, many of whom they will see at infrequent intervals. Nothing makes a person — a client, a customer, a student — feel more valued than being remembered.

Contrary to what many European-descended people believe, Asian faces are no less distinctive than European faces, but the differences between any human face are sufficiently subtle that they take a great deal of experience to learn. The importance of learning these subtle differences is shown in the way new babies focus on faces, and prefer them to other objects.

Our memory for other people is of course more than a memory for faces, although that part probably has the most impressive capacity. We also remember people’s names and various biographical details. We can recognize people by hearing their voice, at a distance by seeing their shape or the way that they move, or even by their clothing.

But it’s faces that give certainty.

Many years ago, when I was in my second year at university, I left the student cafeteria and nearly bumped into a young woman in a white lab coat. I murmured some sort of apology and started to move on, and she said my name. I stared at her blankly. She said, ‘You don’t recognize me, do you?’ Even with this prompt, I didn’t immediately get it. I still remember staring at her unfamiliar face, and then … the features seemed to shift under my eyes. It was very weird. Suddenly I knew her. I was mortified, and stunned. I hadn’t seen her in a year, but we’d been best friends all through high school. How could I not immediately recognize her?

There are three ways we can “recognize” a person:

If you think about it you will realize that you never, ever, recall information about a person without recognizing them as familiar. While this sounds terribly obvious, there is actually a clinical condition (the Capgras delusion) whereby a person, while recognizing the people around them, believes they have been replaced by doubles (imposters, robots, aliens). This is simply because the normal accompanying feeling of familiarity is missing.

You also never remember a person’s name without knowing who she is. This is because names are held in a separate place to biographical details, and can only be accessed through those details.

Identity codes and how they are structured in memory

Why is there this hierarchy? Why can we only access names through biographical information? Because identity information is ordered. Your memory for a person is not like this:

In other words, there are several different kinds of identity information, and they are clustered according to type, and can in fact only be accessed in a particular order.

Of the various identity codes (bits of encoded identity information), there are three kinds that are important for recognizing a person:

There is a fourth type of code that is useful for remembering unfamiliar faces:

Semantic codes that are visually derived have an advantage over biographical codes, because the link with the structural code is meaningful and thus strong, whereas the connection between the structural codes and biographical details is entirely arbitrary. To say someone looks like a fox connects meaningfully with the person’s facial features, whereas to say that someone is a lawyer has no particular connection with the person’s face (to say someone looks like a lawyer would of course be meaningfully connected).

Visually-derived semantic codes are useful for remembering new faces because the link with the physical features of the face is strong and meaningful.

However you cannot identify a person without reference to the biographical codes.

The interesting aspect of these different codes is that you can only access them in a particular order:

Whether the name is recalled therefore depends on the strength of the connection between the biographical details and the name.

Note: A fascinating account of what it is like to be face-blind, from a person with the condition, can be found at: http://www.choisser.com/faceblind/ 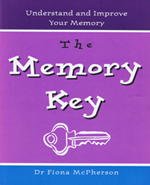