Brain autopsies have revealed that a significant number of people die with Alzheimer’s disease evident in their brain, although in life their cognition wasn’t obviously impaired. From this, the idea of a “cognitive reserve” has arisen — the idea that brains with a higher level of neuroplasticity can continue to work apparently normally in the presence of (sometimes quite extensive) brain damage.

A comprehensive review of the research into cognitive reserve, involving 29,000 individuals across 22 studies, concluded that complex mental activity across people’s lives almost halves the risk of dementia. Encouragingly, all the studies also agreed that it was never too late to build cognitive reserve.

Will cognitive reserve stop me getting Alzheimer's?

This is not to say that the highly educated will never get Alzheimer’s! Obviously they do. In fact, once those with a high level of cognitive reserve begin to show signs of the disease, they are likely to decline faster. This isn’t surprising when you consider it, because the physical damage is so much greater by the time it becomes observable in behavior.

The point of having cognitive reserve is not to prevent Alzheimer’s, in the sense of “it’ll never happen”. When we talk about “preventing” Alzheimer’s, we're really talking about delaying it. The trick is to delay it so much that you're dead before it happens!

So, cognitive reserve is desirable because it protects you against the damage that may be occurring in your brain. If you’re lucky, it’ll protect you long enough to see you through your life.

Brains are plastic, all through life

Cognitive reserve is weighted toward the past — how much you’ve built up over your lifetime — but you shouldn’t ever forget that it’s an ongoing issue. If you stop all activities that reinforce neuroplasticity, your brain is likely to enter a downward spiral, with physical deterioration resulting from and feeding into a deterioration in your motor,sensory, and cognitive systems.

As the popular mantra has it: Use it or lose it.

It’s the opposite face of expertise. You know how top musicians continue to practice everyday. Although they have tens of thousands of hours of practice under their belt, although they have reached the highest level of performance, they cannot afford to stop. This isn’t simply about improving; this is about maintaining their level of expertise. As soon as you stop, your performance starts to deteriorate.

Of course, if an expert stops working in her area of expertise, she will still maintain abilities that are far and above ‘normal’. But the point is that you can’t maintain the same level of performance without working at it.

If you just do the same things over and over again, giving your brain no reason to make or reinforce or prune connections, then it won’t bother doing any of that. Why should it? Brains are energy-hounds. If you don’t want to expend the energy making it work, it’s going to sit back and let itself shrink.

Maintaining cognitive abilities as you age begins with attitude

Recent evidence suggests that being cognitively active in middle and old age may help you develop new networks when existing networks start to fail. This is consistent with evidence that older adults who maintain their cognitive abilities do so by developing new strategies that involve different regions.

In other words, if you start to have difficulties with anything, your best strategy is not to give up, but to actively explore new ways of doing it.

So, we should be aiming for two things in preventing cognitive decline. The first is in ‘growing’ brain tissue: making new neurons, and new connections. This is to counteract the shrinkage (brain atrophy) that tends to occur with age.

The second concerns flexibility. Retaining the brain’s plasticity is a vital part of fighting cognitive decline, even more vital, perhaps, than retaining brain tissue. To keep this plasticity, we need to keep the brain changing.

Here’s a question we don’t yet know the answer to: how much age-related cognitive decline is down to people steadily experiencing fewer and fewer novel events, learning less, thinking fewer new thoughts?

But we do know it matters.

Research hasn't systematically compared different activities to find out which are better, but the general message is that any activity that engages your mind is good. But the degree of challenge does make a difference.

One small study involving older adults found that those who randomly put in a "high-challenge" group showed significantly more cognitive improvement and more efficient brain activity, compared to those assigned to the "low-challenge" group. Moreover, even among the high-challenge group, those who spent more time on the activities showed the greatest improvements.

The high-challenge spent at least 15 hours a week for 14 weeks learning progressively more difficult skills in digital photography, quilting, or a combination of both. The low-challenge group met to socialize and engage in activities related to subjects such as travel and cooking. A control group engaged in low-demand cognitive tasks such as listening to music, playing simple games, or watching classic movies. 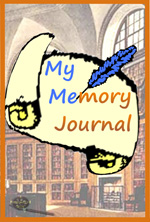