One of my perennial themes is the importance of practice, and in the context of developing expertise, I have talked of ‘deliberate practice’ (a concept articulated by the well-known expertise researcher K. Anders Ericsson). A new paper in the journal Psychology of Music reports on an interesting study that shows how the attributes of music practice change as music students develop in expertise. Music is probably the most studied domain in expertise research, but I think we can gain some general insight from this analysis. Here’s a summary of the findings.

[Some details about the U.K. study for those interested: the self-report study involved 3,325 children aged 6-19, ranging from beginner to Grade 8 level, covering a variety of instruments, with violin the most common at 28%, and coming from a variety of musical settings: junior conservatoires, youth orchestras, Saturday music schools, comprehensive schools.]

For a start, and unsurprisingly, amount of practice (both in terms of amount each day, and number of days in the week) steadily increases as expertise develops. Interestingly, there is a point where it plateaus (around grade 5-6 music exams) before increasing more sharply (presumably this reflects a ‘sorting the sheep from the goats’ effect — that is, after grade 6, it’s increasingly only the really serious ones that continue).

It should not be overlooked, however, that there was huge variability between individuals in this regard.

More interesting are the changes in the attributes of their practice.

Practicing pieces from beginning to end without stopping

Going back to the beginning after a mistake

Analyzing the structure of a piece before learning it

Setting targets for each session.

Getting recordings of a piece that is being learned;

Knowing when a mistake has been made;

When making a mistake, practicing a section slowly;

When something was difficult playing it over and over again;

Marking things on the part;

Practicing with a metronome;

Recording practice and listening to the tapes;

Thinking about how to interpret the music;

Interestingly (but perhaps not so surprisingly once you think about it), the adoption of systematic practicing strategies followed a U-shaped curve rather than a linear trend. Those who had passed Grade 1 scored relatively high on this, but those who had most recently passed Grade 2 scored more poorly, and those with Grade 3 were worst of all. After that, it begins to pick up again, achieving the same level at Grade 6 as at Grade 1.

Organization of practice, on the other hand, while it varied with level of expertise, showed no systematic relationship (if anything, it declined with expertise! But erratically).

The clearest result was the very steady and steep decline in the use of ineffective strategies. These include:

It should be acknowledged that these strategies might well be appropriate at the beginning, but they are not effective with longer and more complex pieces. It’s suggested that the dip at Grade 3 probably reflects the need to change strategies, and the reluctance of some students to do so.

But of course grade level in itself is only part of the story. Analysis on the basis of how well the students did on their most recent exam (in terms of fail, pass, commended, and highly commended) reveals that organization of practice, and making use of recordings and a metronome, were the most important factors (in addition to the length of time they had been learning).

The strongest predictor of expertise, however, was not using ineffective strategies.

This is a somewhat discouraging conclusion, since it implies that the most important thing to learn (or teach) is what not to do, rather than what to do. But I think a codicil to this is also implicit. Given the time spent practicing (which is steadily increasing with expertise), the reduction in wasting time on ineffective strategies means that, perforce, time is being spent on effective strategies. The fact that no specific strategies can be inequivocally pointed to, suggests that (as I have repeatedly said), effective strategies are specific to the individual.

This doesn’t mean that identifying effective strategies and their parameters is a pointless activity! Far from it. You need to know what strategies work to know what to choose from. But you cannot assume that because something is the best strategy for your best friend, that it is going to be equally good for you.

Notwithstanding this, the adoption of systematic practice strategies was significantly associated with expertise, accounting for the largest chunk of the variance between individuals — some 11%.

It’s also worth noting that playing straight through the music was the strongest predictor of expertise — as a negative factor.

So what general conclusions can we draw from these findings?

The wide variability in practice amount is worth noting — practice is hugely important, but it’s a mistake to have hard-and-fast rules about the exact number of hours that is appropriate for a given individual.

Learning which strategies are a waste of time is very important (and one that many students don’t learn — witness the continuing popularity of rote repetition as a method of learning).

Organization — in respect of structuring your learning sessions — is perhaps one of those general principles that doesn’t necessarily apply to every individual, and certainly the nature and extent of organization is likely to vary by individual. Nevertheless, given its association with better performance, it is certainly worth trying to find the level of organization that is best for you (or your student). The most important factors in this category were starting practice with scales (for which appropriate counterparts are easily found for other skills being practiced, including language learning, although perhaps less appropriate for other forms of declarative learning), and making a list of what needs to be practiced.

Having expert models/examples/case studies (as appropriate), and appropriate levels of scaffolding, are very helpful (in the case of music, this is instantiated by the use of recordings, both listening to others and self-feedback, and use of a metronome).

Identifying difficult aspects, and dealing with them by tackling them on their own, using a slow and piecemeal process, is usually the most helpful approach. (Of the practice strategies, the most important were practicing sections slowly when having made a mistake, practicing difficult sections over and over again, slow practice, gradually speeding up when learning fast passages, and recognizing errors.)

Preparing for learning is also a generally helpful strategy. In music this is seen in the most effective analytic strategies: trying to find out what a piece sounds like before trying to play it, and getting an overall idea of a piece before practicing it. In declarative learning (as opposed to skill learning), this can be seen in such strategies as reading the Table of Contents, advance organizers and summaries (in the case of textbooks), or doing any required reading before a lecture, and (in both cases) thinking about what you expect to learn from the book or lecture. 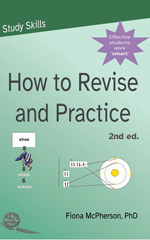